Among the many decisions leaders of medical imaging departments face is what to do when a letter arrives from the manufacturer of a key piece of equipment. The letter explains that one of your systems is reaching end of life (EOL).

It sounds somewhat urgent, as the letter tells you that service and maintenance provided under your contract with the original equipment manufacturer (OEM) will be phased out. You’re also warned that it may be increasingly difficult to find replacement parts to keep the system running.

Our e-book, What to do When Your Siemens Contract Ends, reveals that part of the purpose of these EOL notifications from Siemens is to help persuade hospitals and imaging clinics to update their equipment.

Let’s say it’s the Siemens Sensation that the manufacturer decides has reached end of life to make way for a newer system in the next two years. They’ll send letters to everyone they know who owns the equipment, making it seem like the Sensation won’t even exist in 24 months. But, that’s not at all true. Let’s take a closer look at why OEMs such as Siemens work this way and how to examine your options when it comes to imaging equipment reaching EOL.

In the past, Siemens built its business around the idea of long-lasting equipment that healthcare technology managers could rely on for many years. That was coupled with service and repairs provided by Siemens-trained imaging engineers.

However, Siemens and other medical imaging OEMs have realized this approach may not be the most profitable business model. Instead, they’ve pursued more innovation and ongoing updates to product lines, which means they can introduce newer models and upsell to customers who want to be able to say their healthcare facility uses the latest and greatest technology.

We believe Siemens continues to produce some of the highest-quality medical imaging equipment on the market, which is precisely why it doesn’t make much sense to get rid of systems that are still serving a purpose in your facility.

Before Siemens classifies a system as reaching EOL, there may be some warning signs. You may notice that the cost of your OEM service contract is creeping up, which suggests the equipment is getting phased out for a newer model.

The sales strategy here is that by increasing the cost of a service contract, it makes the perceived price of investing in a brand new system seem like less of an issue. Because, if you’re already paying $300,000 a year for a service contract, and you’re asked to sign a three-year agreement, that million-dollar piece of new equipment doesn’t seem so bad in comparison.

Even though a Siemens medical imaging system could provide plenty of value for 10 to 20 years, the sales cycle for this technology could be as short as two years. Part of the reason for that is manufacturers know there could be six months of planning and budgeting before the purchase of a new imaging system, and sales reps want to get in front of you before you start researching your options.

Replacing an expensive piece of technology after just two years in operation wouldn’t make sense for many hospitals and medical imaging clinics. It makes more budgetary sense for many facilities to continue using systems even if they aren’t the most-recent release.

“The Mayo Clinics and the John Hopkins Hospitals of the world might be on a two- to five-year replacement cycle, but smaller institutions don’t have the finances to buy new equipment that often,” notes our e-book for imaging directors. “They need options for keeping quality machines in operation beyond such a short window of time.”

When, How, and Why to Keep EOL Imaging Systems

One of the main misconceptions surrounding EOL medical imaging equipment is that you won’t be able to find the replacement parts or people with enough experience to keep your Siemens systems running.

That’s a significant concern, because when a system experiences downtime, you can’t scan patients. That directly impacts the finances and the reputation of your healthcare organization.

Yet, that concern is not a reality. In fact, the opposite is more likely to be true, especially for systems that have recently reached end of life.

First of all, because these “older” systems have been on the market for a time, there are more engineers with experience working on them. While the OEM may stop providing service under a contract, you can turn to engineers from independent service organizations (ISOs) instead. Or, there may be people within your organization who have the ability to service and maintain your older equipment.

Similarly, because these systems have been around for a while, there will still be a robust supply of replacement parts in the market to support your needs. The fact that these systems are being phased out also suggests that the equipment will be recycled, and pre-owned medical imaging parts will be harvested to use as replacements in systems that are still in operation.

The idea that you won’t be able to get parts or service on EOL imaging systems amounts to nothing more than fear marketing.

It’s up to you whether you choose to pursue investments in the latest medical imaging technology. There’s absolutely nothing wrong with doing so. However, if it isn’t financially viable, or if you want to use older models as backup systems, EOL equipment can continue to provide value with the right network of support.

If you’re accustomed to relying on OEM service and parts, you may be apprehensive about relying on third parties or in-house staff to keep your imaging equipment running. That’s where partners like Technical Prospects come in.

We’ve focused our expertise on Siemens medical imaging equipment and are prepared to provide Siemens replacement parts as well as comprehensive hands on training and free 24/7 technical support from experienced imaging engineers – whether you’ve purchased from us or not. While we don’t typically service equipment, we do make sure those who are repairing medical imaging devices can effectively do their jobs.

If you have a system that’s been deemed EOL, not only can we provide you with the right replacement parts, we also stand behind the quality of those parts. Every device and replacement part that goes out our doors has been tested for quality assurance. That’s why we have an extremely low DOA rate that handily beats that of the manufacturer.

Technical Prospects can also train in-house talent on specific Siemens medical imaging systems, including real experience on the actual equipment in our state-of-the art lab. Read a case study about our training experience. Or, check out our Video Library for imaging engineers to get tips and guidance. We’re always ready to help troubleshoot problems, whether it’s identifying a faulty part or installing a replacement. Just call 877-604-6583.

In addition to trusting us with your Siemens medical imaging needs, your organization will also experience significant savings. Our pre-owned and tested replacement parts are up to 90% less than the OEM price tag.

Get a parts quote from Technical Prospects or contact us today to find out more about how we can support your healthcare organization. 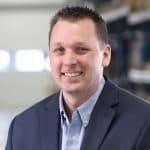